What Did Jesus Say About His Family? 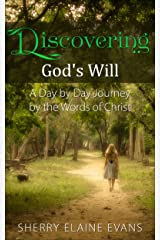 “What Did Jesus Say About His Family?”

You may listen to the 9-10 minute listen right here on the website by clicking on the Pod Player for the episode title below.  And of course, if you prefer to simply read the message, just keep scrolling past the past the podcast player to find your traditionally written blog post.

New Blog Post: What Did Jesus Say About His Family?

What did Jesus say about His family members?

And also – another important question - What is your host’s favorite teaching of Jesus?   As you may have noticed, I try to start these audios off with a Focus Question, and so today, my focus question is a lot on Jesus and a bit on myself. What is my favorite teaching of Jesus? Well, And when I say my “favorite scene” I mean that it is one of my favorite of Jesus’s teachings because it speaks directly to us about how Jesus views his followers and what Jesus says gives me so much comfort and rest and even joy.

OK, so I want to set this up – because it is truly so special to me, and I hope it becomes special for you too.  It's a really short scene. Not too much information is given or is happening in this scene, there is a little background, but not to much.  The focus in this is on what Jesus said. And I often wonder, “Why did they even put this scene in?” I think maybe because it made the people who were following Jesus feel so important and so comforted – just as it can for us today.

Anyway,  I am so happy that Mark  felt that what happened here was significant enough to write down and to pass it down so that it can be shared with us today… two .thousand years later.

There is just a little background. In our teaching last week, we looked at one of Jesus’ first miracles when he healed the leper. He also performed more miraculous healings, and so word got out all over the area about him. So Jesus would get swamped by people when he walked through the towns. Some of the people were coming to him for healings or just to see him and hear him. Others were coming to accuse him of being a mad in the head or even of being possessed. And Jesus could  be invited into homes in order to get a break from the crowds. This scene takes place - Jesus has just gone inside a home with his disciples and others, and he was continuing to teach in there. But there were crowds still outside all around the home, many of them wanting to get in. Then we are told that Jesus’ mother and his brothers came, and they were outside the home. In Matthew it tells us a little more specifically that his mother and brothers could not get inside because of the size of the crowd outside.

“And his mother and his brothers came, and standing outside, they sent to him and called him.--”

Jesus said, “Who are my mother and my brothers?” Who? And looking at those who sat around him –

His disciples were there. But Mark tells us that there were also others there around Jesus too. He said, “Here are my mother and sisters and brothers!” And he was pointing to the people that were listening to him, who were staying close to him, who were learning from him, and following him. And then he says, “Whoever does the will of God; he is my brother and sister and mother.”

I also want to add that I chose to read the verse in Mark, because it clearly documented in the Greek that the prompt from the people was “Your mother and brothers are here;” however the final response from Jesus included brother and sister, and mother.  In Mark, both words are there in the greek Jesus said whoever does the will of God is my adelphosand adelphi and mother.

So Jesus just said himself – “these people are doing the will of God. They are here. They are my brothers and sisters and mother. My family.”

And I love this, because it is Jesus himself explaining who he considers to be his family. And what are these people doing? This is still very early on in Jesus’ ministry. These people aren't going out and proclaiming him yet. They're not working to build new churches yet. All they are doing at this point is learning and following.  They are merely learning and following and Jesus says….Look…they are my brothers and sisters and mother – they are in the will of God.

Learning…..Gospel Life Learning – that is the whole motivation and purpose of why I began writing over 10 years ago, blogging shortly after, and now creating these “Blog Script” audios. Recently I refined defined in words,  the purpose of Gospel Life Learning ministry, and it is to provide resources to help readers and listeners draw near to God and to have resources to share His nearness with others.

That is the will of God….

Learning what he has to say, and then

allowing that learning….and that relationship to change you

allowing it to prompt you in the ways you go about each of your days.

So we will close with just one reflection today.....

How would you describe your relationship with Jesus today?

Are you his sister, or his brother?

Or is he just someone that you know about or heard about…or learned about sometime ago?

Or is he just someone you learned about and followed – maybe when you were much younger or in a prior phase of life, but you let a whole lot of distance creep in.

Enjoyed this blog post and/or Blog Scripts episode? Be notified when the next one posts by clicking here to be notified.
If you would like to learn simple, practical ways to walk with God every single day, then you would really enjoy Closer to God: Simple Methods, Starting TodayIf you want to learn more deeply and fully about what Jesus taught, then you would enjoy He Called: 56 Daily Studies and Reflections with the Words of Christ. or one of her shorter study books also found at https://www.amazon.com/Sherry-Elaine-EvansThe author also posts on Facebook and interacts with her readers at http://www.facebook.com/GospelLifeBooks
And interacts with her readers at the following Facebook group: Sherry's Ministry Mall Group You are invited to join this group!
Author's other books can  be found at: https://www.amazon.com/Sherry-Elaine-Evans

Sherry writes to encourage others to seek a closeness with God; to understand more about the work of His Spirit, to encourage spiritual formation practices through daily prayer, Bible study, and seeking God's will; and to know clearly what Jesus taught about God's kingdom and spiritual matters. She has completed graduate level studies in Biblical Languages through New Orleans Seminary. Sherry connects with her readers on facebook at https://www.facebook.com/GospelLifeBooks

56 Days of Studies & Reflections with the Words of Christ